Dodecaflexagon friezes can be created with the aid of the same Tukey diagrams as for hexaflexagons.   The three sided dodecaflexagon has only one frieze as follows.   Unlike the next set of friezes, it does not matter which side of the triangle you start with, you will always get this pattern.  The triangles are attached in a cycle of the short side, the long side, and then the hypotenuse. 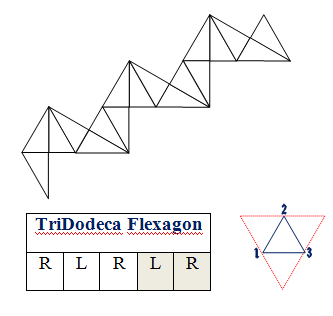 The four sided tetradodecaflexagon has three variations as also posted on Scott  Sherman's website, see:  http://loki3.com/flex/dodeca.html  Scott discovered that flexagons made with polygons that have different length sides, as with the dodecaflexagons, have more variations depending on which side of the  triangle you start with when constructing the friezes with the aid of the Tukey diagrams.  Note the highly symetric patterns in these friezes, especially the wonderful six pointed star frieze.  Variation 3 below is a three dimensional spiral of two hexagonal rings.  All of these flexagons are fairly easy to construct and each have some similar and unique flexed faces.   These flexagons have similar characteristics to the original dodecaflexagon discovery of Ann Schwartz, see:  http://www.eighthsquare.com/index.html. 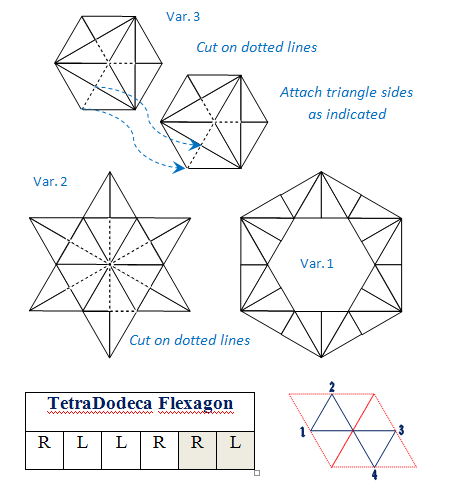 There are also 3 variations of pentdodeca flexagons.  These five sided dodecaflexagons are more complex and have many flexed face variations.  Note that variation 3 below is a spiral of six, five triangle units.   There is one basic unit and it's mirror image with three units of each alternating to produce a zig zag spiral.   After constructing this frieze one can make six initial folds that will create the beautiful six pointed star pattern as above for the tetradodeca flexagon.  This flexagon has an appealing quality of a wonderful frieze, nice patterns as it is constructed and a complete model with numerous and beautiful flexed faces.  See photo below of the 3D frieze.  Variation 2 can be folded initially into the hexagonal 4 sided ring and then into the 3 sided pattern as it is constructed.  See the main dodecaflexagon page for a complete template and contruction details for variation 1. 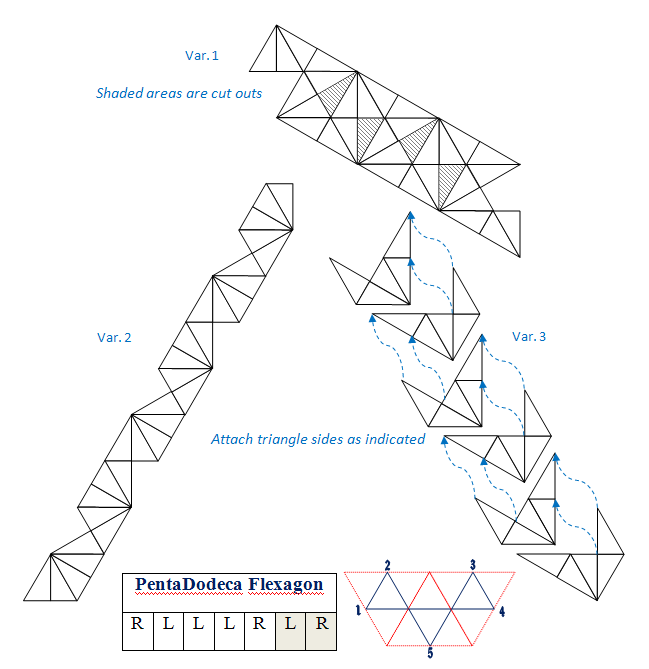 Now for the HexaDodeca Flexagon Friezes!

These next set of frieze patterns get even more interesting.  There are 7 patterns total (three more will be posted when I get a chance). The first pattern is the tridodeca doubled.  This is very similar to the relationship between the trihexa flexagon and the straight strip hexahexa flexagon frieze patterns.  The second pattern is quite facinating as it is a larger more complex hexagon like variation 1 of the tetradodeca flexagon above.  The third frieze is another wonderful 6 pointed star with 12 overlapping triangles in the center!  And the fourth frieze is a spiral of 6 12-triangle layers.  Each layer is a pair of equalateral triangles divided into 6 bronze triangles. 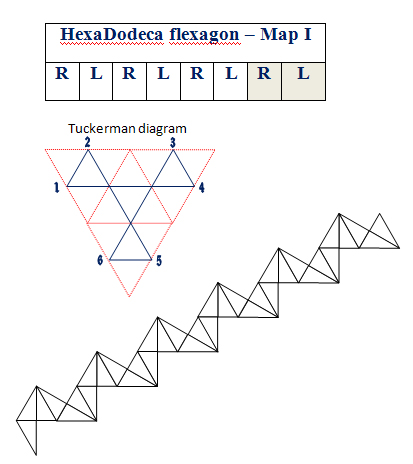 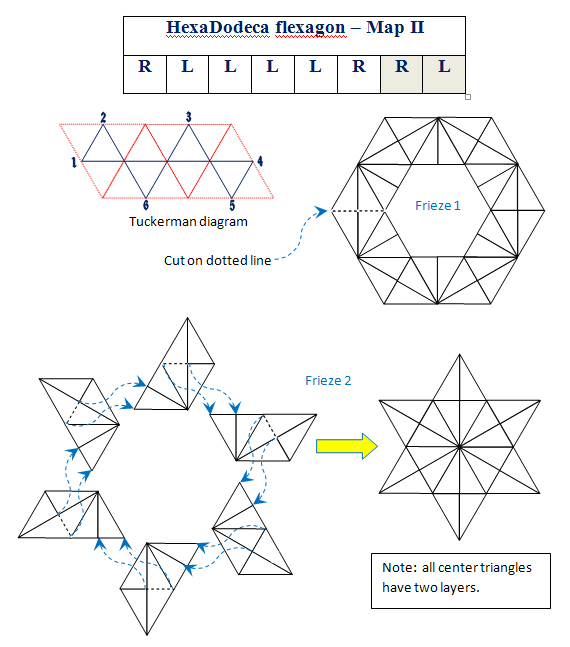 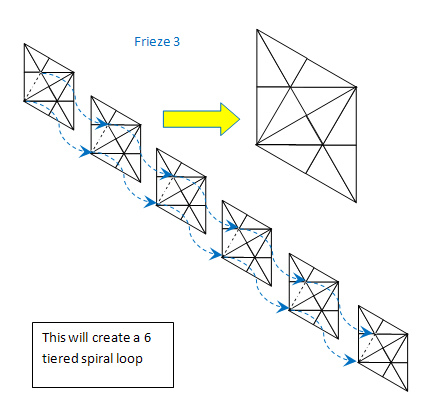